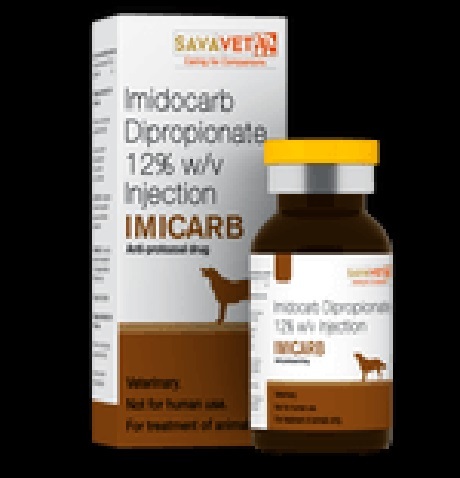 treatment and prevention of canine babesiosis (a malaria-like parasitic disease caused by infection with Babesia);

treatment of canine ehrlichiosis (tick-borne disease caused by infection with bacteria of the genus Ehrlichia).

Tick-borne diseases have a tendency to cause cross-infection and Imicarb  may be capable of fighting both canine ehrlichiosis and babesios is simultaneously.

Imidocarb appears to act directly on the parasite, causing the alteration in number and size of nuclei and in morphology (vacuolation) of the cytoplasm. The antiprotozoal activity is derived from the carbanilide acting on glycolysis of the parasite.

Keep the injection site and needle free from the residue of Imicarb .

Imicarb injection can be given instead of tetracycline or in conjunction with Doxycycline.

Imicarb  should only be given as a secondary alternative to Tetracycline or Doxycycline.

Other Products in 'Veterinary Medicine' category 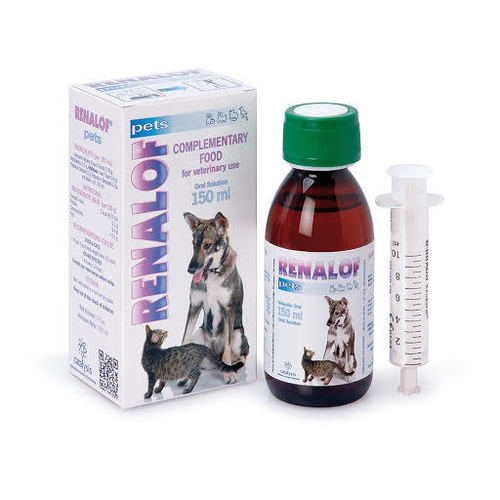 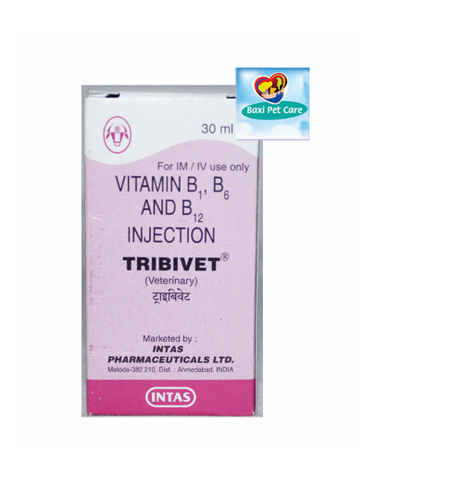 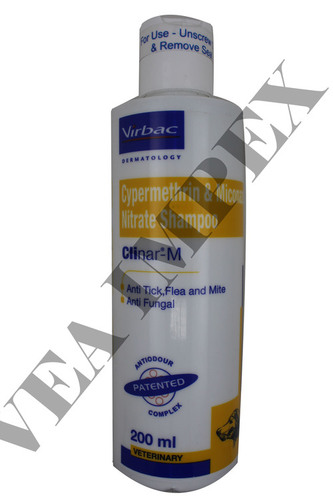 Back to top
Med-Vet Biolinks Private Limited All Rights Reserved.(Terms of Use)
Developed and Managed by Infocom Network Ltd.